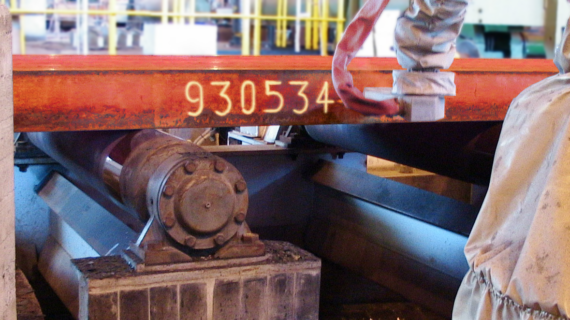 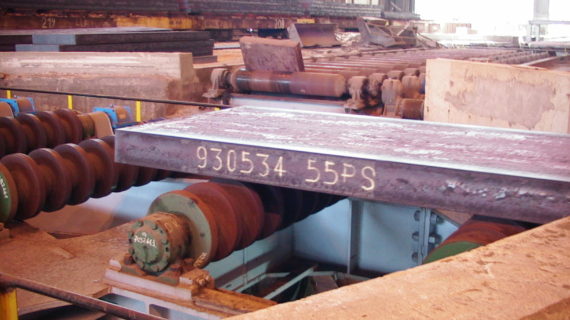 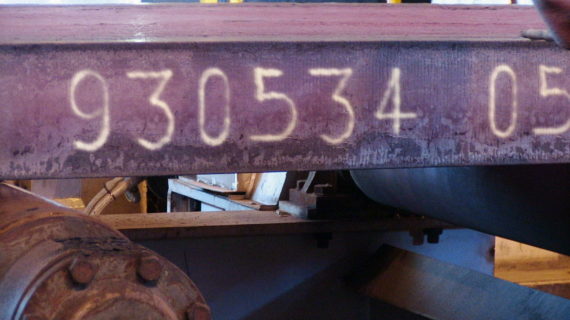 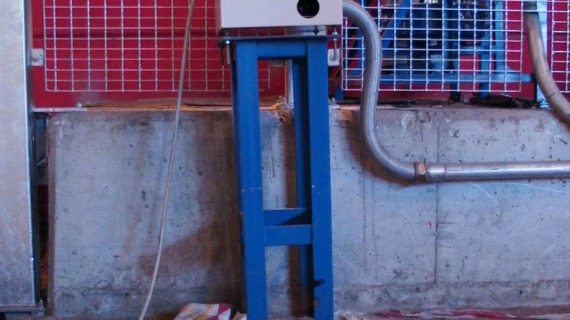 Wire Marking Machine 4000 series is one of the most long-lasting marking system for hot Slabs.

WMM 4000  uses a single gun to spray a continuous flow of melted metal which adheres firmly to the surface of the product. The wire feeder feeds two metal wires to the marking gun. The tips of the two wires get in touch in the nozzle of the marking gun and, thanks to the current provided by the generator, the electric arc is ignited and the wires melt. The axial air jet sprays the melted metal on the marking surface.

The marker writes large, clear, highly visible characters, which can be easily read at a distance by the crane operators.

The system is mainly composed of:

The system was designed specifically to operate in the harsh environment of the continuous casting line. Its relatively small base and long reach make it ideal for installation in existing lines,  requiring little modification of the lay-out.

It is fully automatic and equipped with advanced diagnostics, making the maintenance and troubleshooting easy.

The marker receives the marking data from the factory automation system or by HMI, the marking zone is interlocked and the marking head moves towards the slab, until the probe detects its exact position. Then the surface is de-scaled, if such operation has been enabled.

After the de-scaling the string is written by moving the robot wrist so as to follow the desired character contour and simultaneously spraying the melted wire. After marking, the robot arm moves back to the home position and the marking zone interlock is released.

WMM 4000 operates fully unassisted and requires very little maintenance and care as normal nozzle cleaning. Only occasional refilling of the wire is required because the wire reels allow to mark more than 4000 characters.

To determine the position of the slab, it can be equipped with one of the following devices:

Two laser sensors are used in case the slab could have variable inclination, guaranteeing to mark always at a constant distance from the slab surface.

This website uses cookies to improve your experience. We'll assume you're ok with this, but you can opt-out if you wish.Accept Read More